People On Internet Asked What 3 Things They Would Take Out Of Burning House; Answers Are Surprising 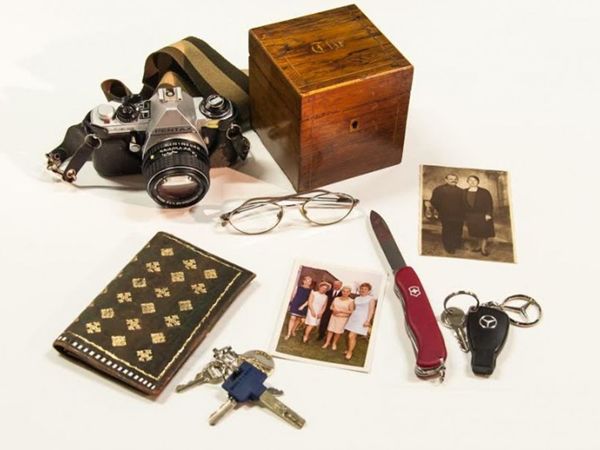 Sometimes you come across some topic on the Internet and can't get it out of your head: you read, reread, discuss with friends and even think before going to bed. Recently it happened to me. I saw an article about a project called "theburninghouse", in which one of the authors asked their subscribers a question: "What 3 things would you take out from a burning house in the first place?" People were asked not just to answer, but also to take pictures of all the most important things. Got interested? Then readmy small selection of the answers.

19-year-old girl from Texas is a journalist and a photographer. First of all, she would take from the burning house favorite toy Chippy ("it is very important to me," says the girl), favorite necklace and phone — the latter in order to quickly make an emergency call. 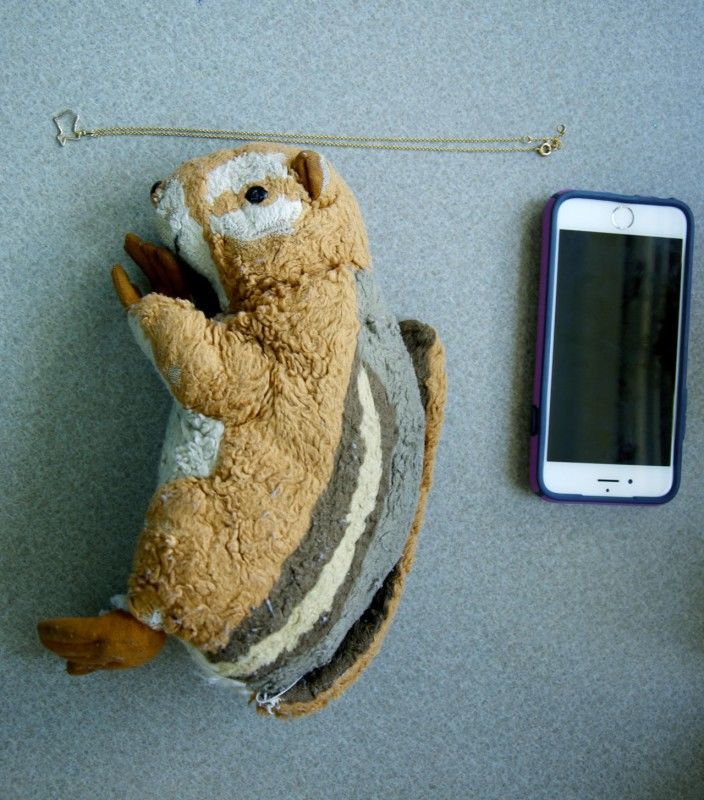 The man is 58 years old, he is from Belgium. Now his main occupation is childcare. In case of a fire, the man would save his first hand-quilted linen, a box of family photographs, his father's shaving bowl, and his mother's watch. Van could not narrow his list down to three subjects. Next on the list are: a toy bear that has been with him for 48 years, his parents' marriage certificate and a favorite book. 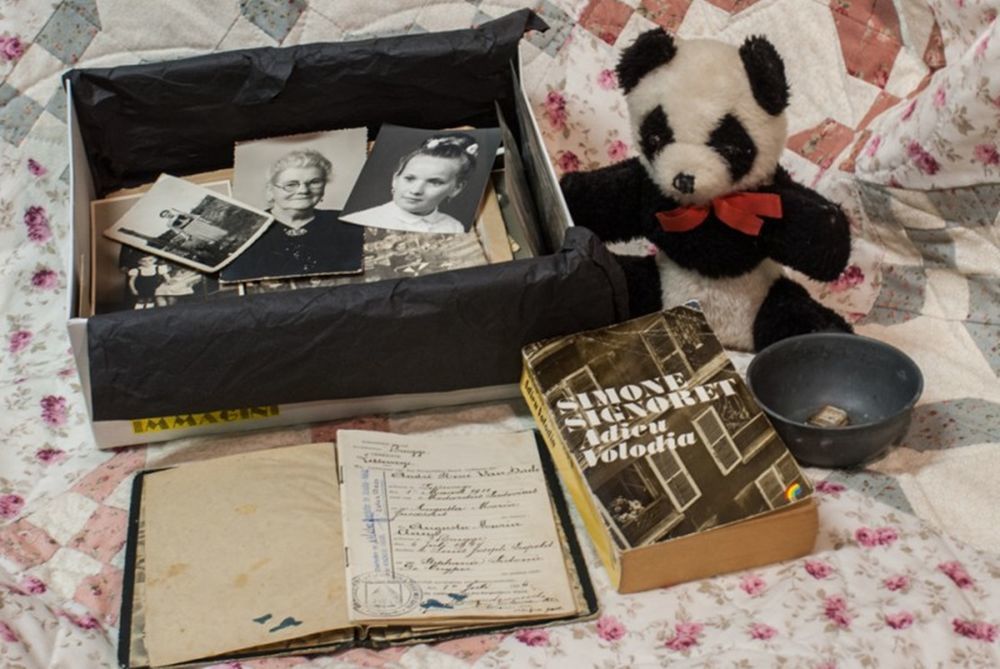 An 18-year-old student from Australia made the following list: a camera, a vinyl record by Sufjan Stevens, some favorite books, a purse, a razor, a mobile phone, a laptop, headphones and a bunch of keys. 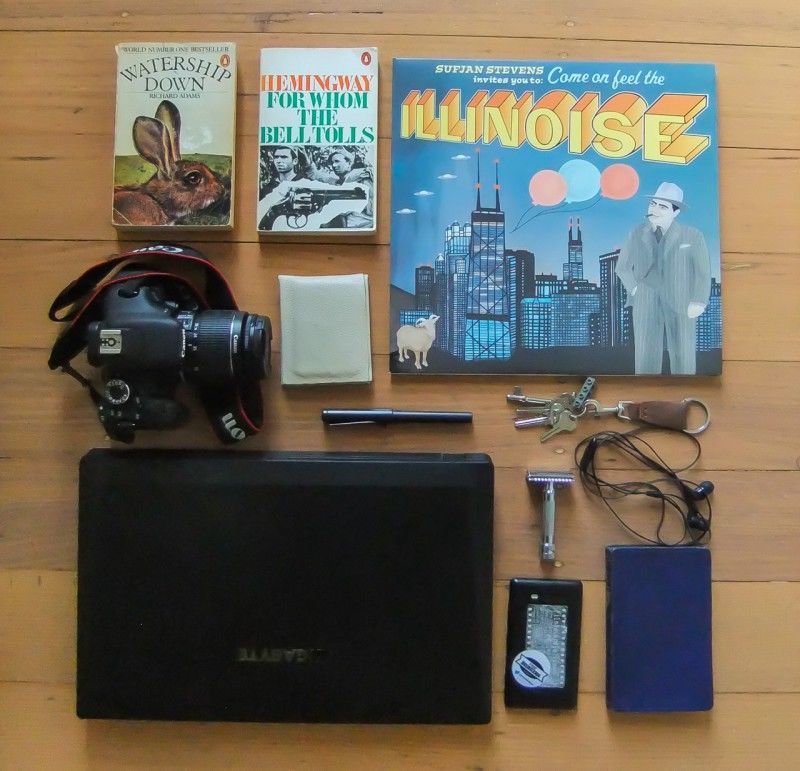 Director and chemist by profession, this 23-year-old Spaniard divided all the important things for themselves into 3 categories. "My eyes: film camera and accessories, my hands: film press and notebook, my memories: all the films that I can take." Also, the man decided that it is vital to take out of the burning house 3 favorite books. 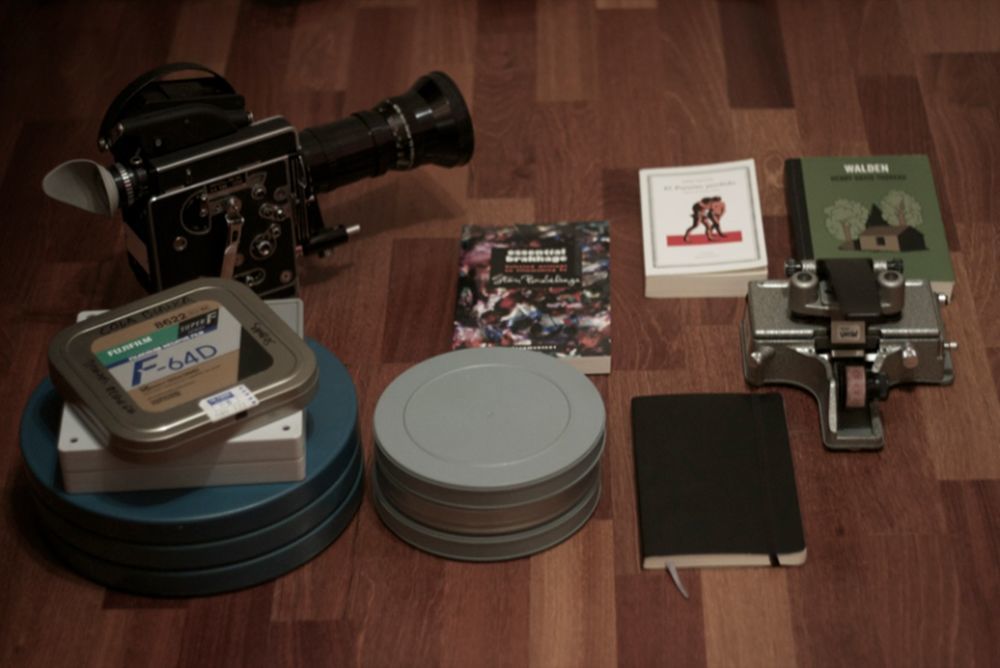 Dario is 21, he is a student and lives in France. He answered the question the following way: "My electric guitar (after all, there is no life without music), a book I never finished reading, a sketchbook, a purse (a memento from my mother), a corkscrew, grandfather's glasses, a mobile phone, a film camera, a cap (a gift from my brother), a ten-year-old clock and a skateboard. 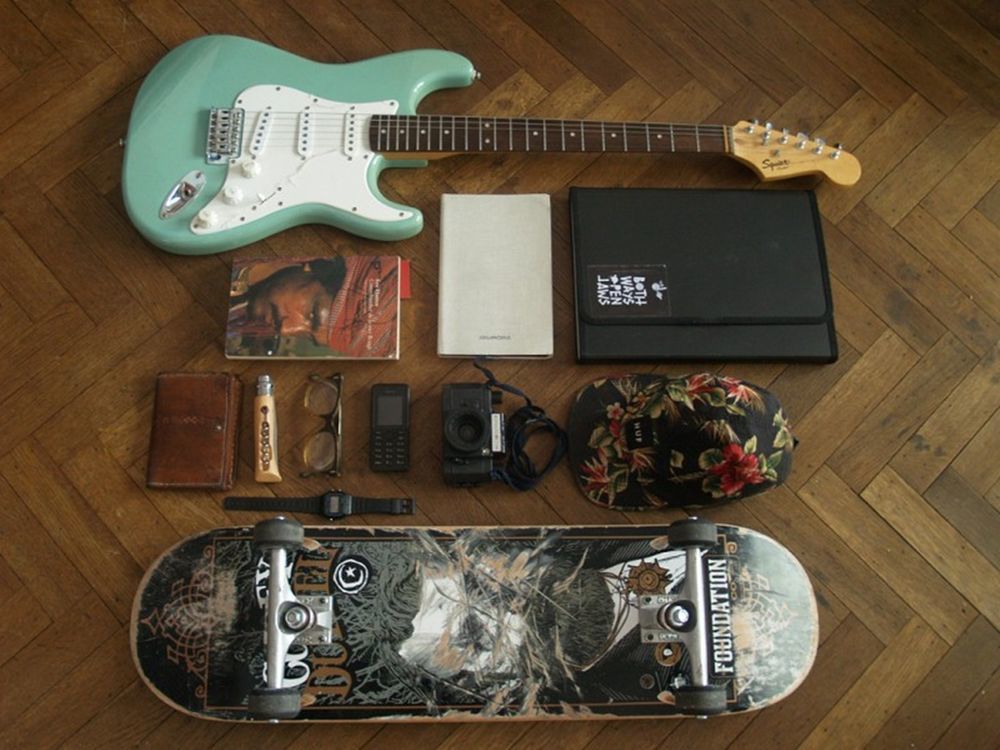 This Belgian woman is 71 years old. She's retired. The woman said she would take an old tea box, a knife, glasses, a family photo and a picture of her grandparents, keys to the house and car, and a camera in the first place. 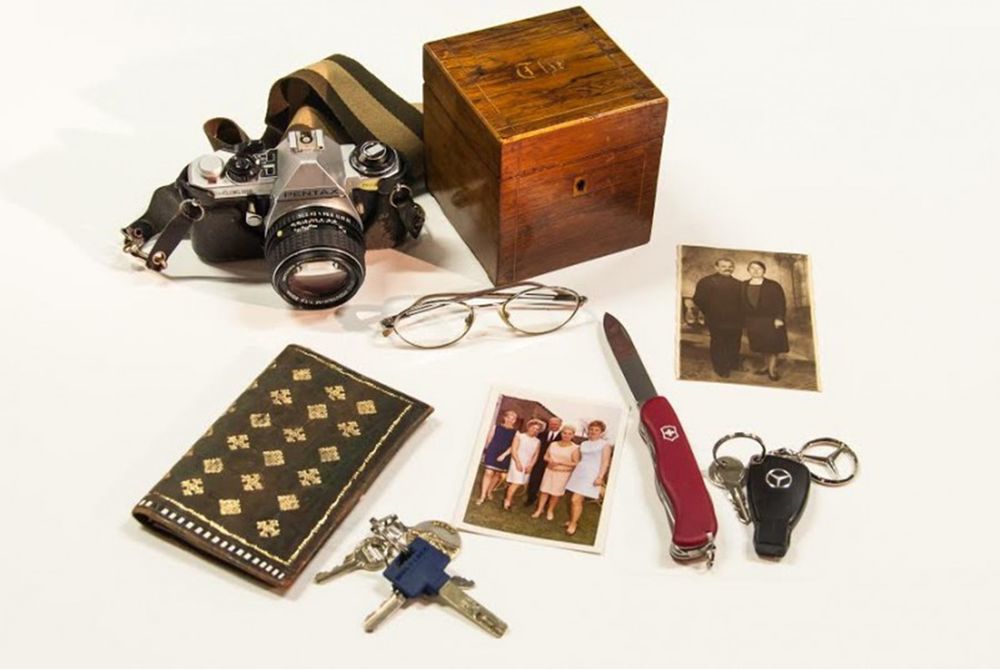 A 20-year-old journalist-to-be from Brazil wrote that in case of a fire or other mishap with the house, he would first grab his favorite Woody toy, laptop, letters from parents and girlfriend, grandmother's sunglasses, ukulele, pictures from childhood, as well as mobile, wallet and watch that Leonardo's father kept for him since graduation from the University. 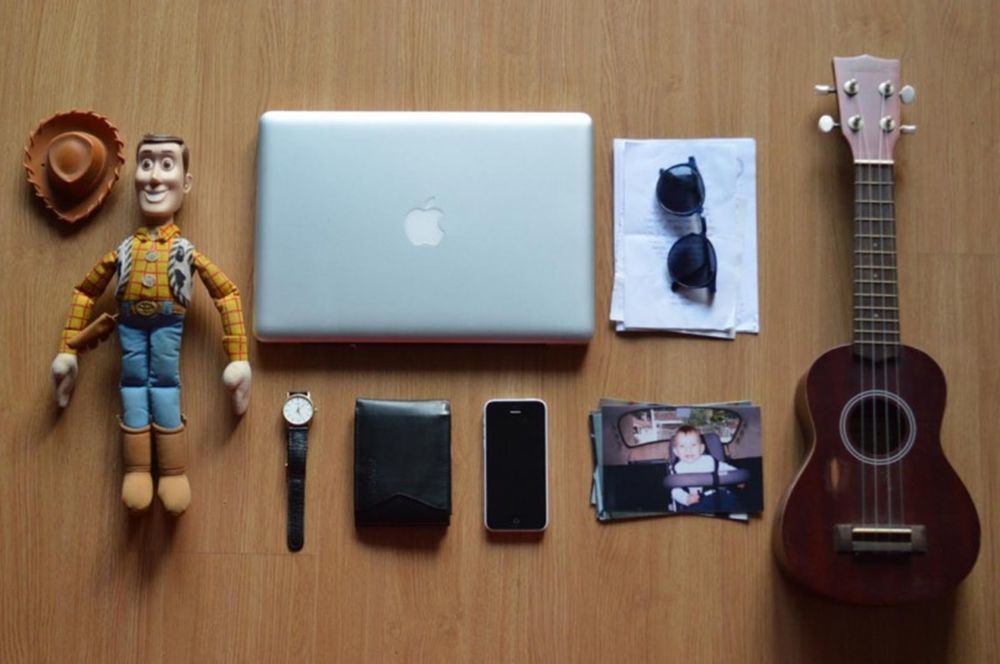 The man is 39 years old, he lives in Belgium. The list of Di is short, but capacious. This is a photo of his daughter, a bottle of Calvados, headphones, watches and books. 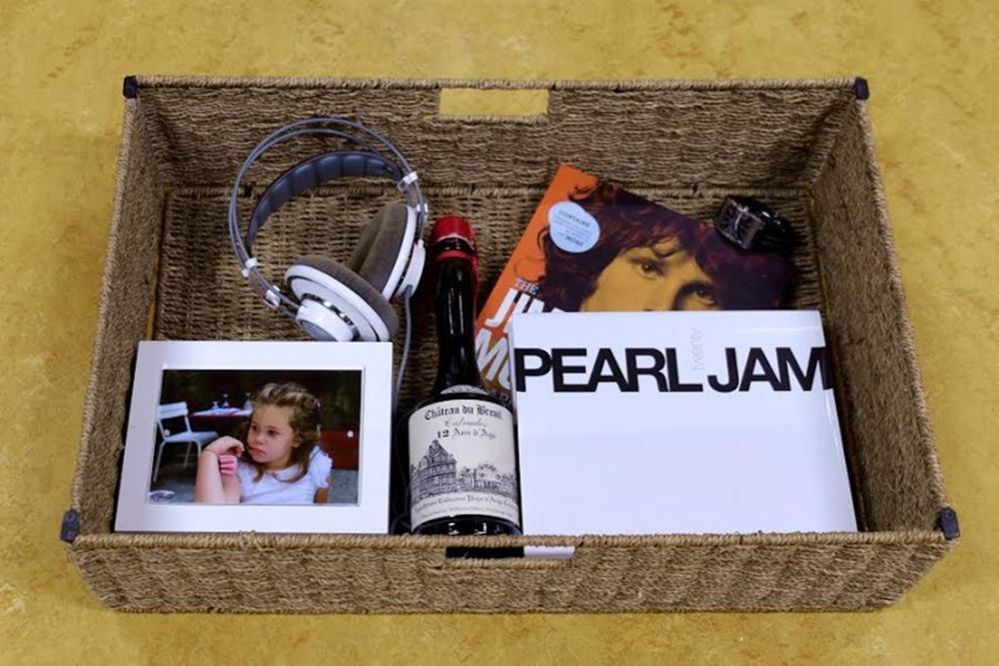 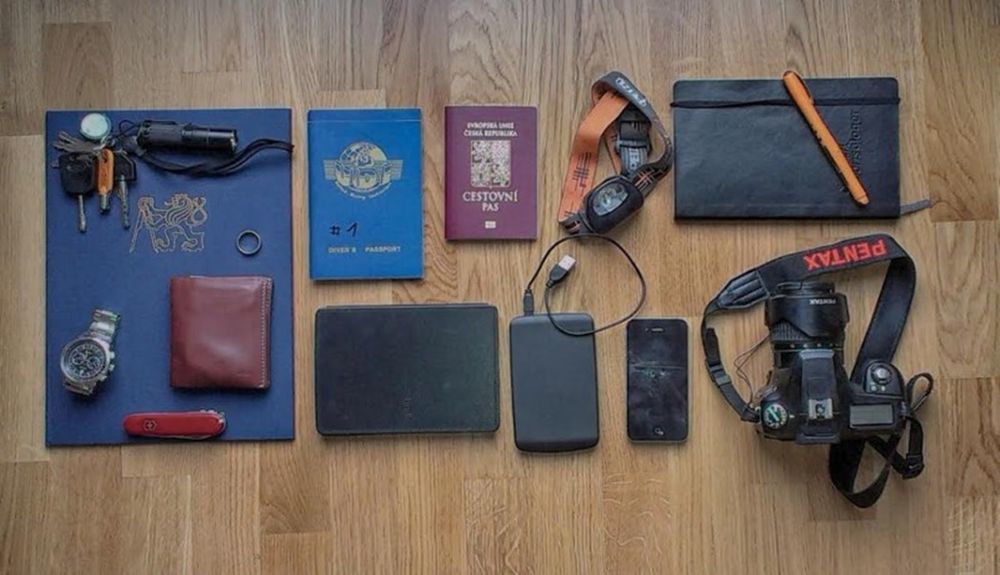 I also thought about it and chose three important things for myself: a laptop, a hard drive, where the entire photo archive of the family is stored, and a box with memorabilia (tags of the daughter from the hospital, her first hats, socks and clothes). What would you take from a burning house? 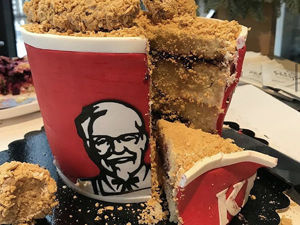 Cake?! Pastry Chef Alena Foni Makes Insanely…
Elena
"It all started with instant noodles", says St. Petersburg's pastry chef Alain Foni. The girl woke up famous after she posted a cake in the form of a box of Chinese noodles.
👍 59

Oh, Wonderful World Of Childhood! Photo Project…
Katerina
Human memory, alas, is not the most reliable keeper, so we try in every way to capture our happy moments.
👍 23 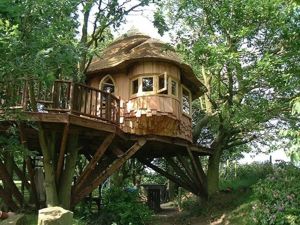 6 British Houses That Have Been Voted Best By 40…
Elena
The most authoritative interior magazine in the UK annually selects the best design projects of apartments and houses.
👍 45 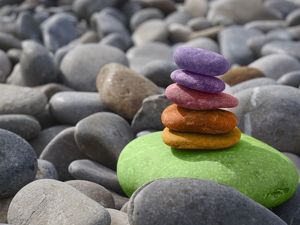 Character Palette: Colour Associations
KnittedBoots
What clothes colours do you prefer? What colour is your personality? Here's a simple test for you: if you had to choose one favorite colour, what would it be?
👍 49 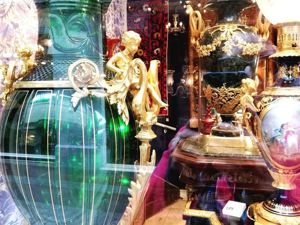 Rare Antiques in Paris
Antikvariat i vintazh iz Frantsii
I have been to Paris quite often lately, almost every week, it is directly related to my work. So, I'm always where a lot of rare and very beautiful antiques are sold.
👍 26 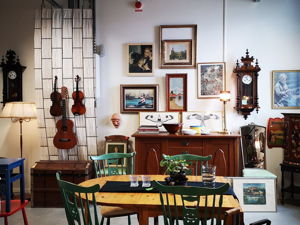 Story about Swedish Vintage and Antique Culture
Outgoing Nature
For a long time I have not written about my trips, which, among other things, are filled with impressions of purchases and even just contemplation of old and ancient things!
👍 30 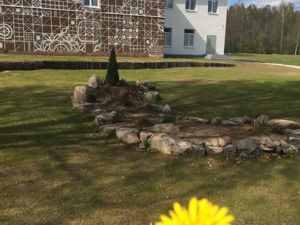 Sacral Stitch: Come Back
Stilnye fom-aktsenty
You would ask — "Where does it come back? — I'll tell you everything. First of all, I have already written about the sacral stitch in my articles about Novgorod crafts.
👍 38 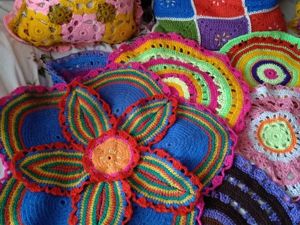 Bright Doilies by Grandmother Anya
missBagDesign
I want to tell you about a wonderful woman — grandmother Anya. I will not say that she is a unique craftswoman.
👍 35 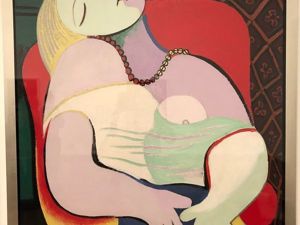 Picasso
Sherstyanye istorii
In 2018, a Pablo Picasso exhibition took place in Tate Modern, London. The exhibition has become one of the most significant cultural events in the…
👍 42 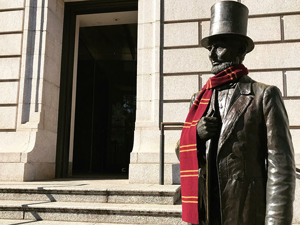 A History of Magic: Harry Potter World Exhibition…
Alevtina Levkina
It is unbelievable but true: the first book about the adventures of "The Boy Who Lived" was published 20 years ago.
👍 27 16 Dresses for Cinderella: Magical Cruise…
Flooding Light
Fashion house Viktor & Rolf (named after its creators Viktor Horsting and Rolf Snoeren) remains true to itself and goes on creating models for…
👍 44 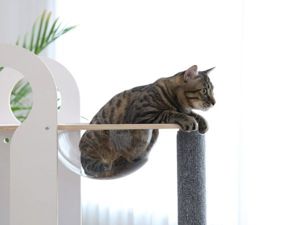 Tuft + Paw Designers Figured out How to Entertain…
Flooding Light
Scratchy slide, ropes for climbing and transparent nest with a great view are gathered together with one purpose — to entertain cats and to offer…
👍 34 200 Workshops in Five Days: London Craft Week…
Flooding Light
Talented London craftsmen demonstrated their products and skills at London Craft Week held for the fourth time traditionally in the first half of May.
👍 37 Collection of Wallpapers with Images of Extinct…
Flooding Light
Dutch design brand Moooi went into a kind of time travel presenting this April a collection of furniture, carpets and wallpaper inspired by pictures…
👍 23 Funny Tea Party: 36 Tea Accessories from…
Tanya (yzor31)
This time my collection is dedicated to all tea lovers. When paying most time to masterpieces, an artist sometimes needs to relax and take a break.
👍 45
Comments
Be the first to comment on the post!
Keywords
Categories
Ideas & Inspiration
All About Sales
Fashion, Style & Trends
Handmade as Business
Materials and tools
Working Space
History of Craft
Entertaining Stories
Interviews
Lifehacks