10 Stunning ''Before & After'': Fashion Transformations 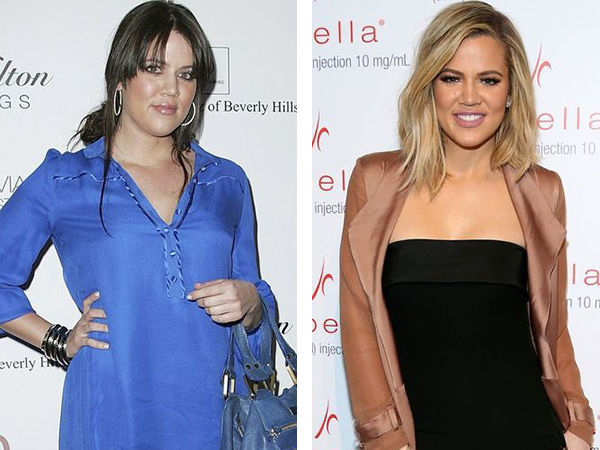 We all love Before & After or when it was not very good and became hoo! This is not such a new story: remember the tale of the ugly duckling, who became a beautiful swan. Why do we like such stories? We all want to become more beautiful or sometimes even more – to be transformed beyond recognition, but not everyone can do it. After all, as a rule, transformation requires effort, time, energy and the ability to change. Yes, it is important to be ready to be transformed, to take a step forward from the usual, to recognize their right to be better. "Transformation" can mean a variety of things. But here we will talk about one of them – the transformation of style. Anyway, meet on clothes. How much influence is how we perceive a person, as well as consciously or unconsciously judge his style, sense of taste, the photo below will tell you. Compare and make sure that everything is always possible to change 180 degrees, and you can start with style!

Believe it or not, modern style celebrities have not always been on the list of the best. From Victoria Beckham to Rihanna – let's look at the celebrities whose style has undergone the most radical changes.

Here is the prime example! Adele!
Over the years, Adele has undergone significant changes in style from a schoolgirl to a world superstar.

Starting to shine on stage in 2008, the singer preferred a simple, sometimes sloppy style, closer to everyday one.
By 2009, Adele began to appear in a more glamorous way after the success of her debut album "19". Chic black dresses appeared even then in her wardrobe, becoming a calling card.
Shortly after the release of "21", which became the best-selling album of the 21st century, the singer began to slim down, and later lost even more weight after undergoing surgery on her vocal cords. In 2012, Adele became a mom and hid from prying eyes for a while, but by February 2013, she was back to shine at the Grammy Awards. Returning to active work on her third album in 2015, Adele spoke of going to the gym "to be fit for myself, but not to be size zero or anything like that." What a girl! The singer admits that he does not really like to go to the gym. But to love the reflection in the mirror, she not only plays sports, but follows the Sirtfood diet, which is a part of her personal fitness plan. Along with the correction of the figure, Adele's style transformed. In 2017, she continued to tour around the world and seemed to be only getting prettier. Recently, she has hinted that she will no longer be able to tour the world, that being away from home is simply "not right for her." But we hope that we can continue to listen to her songs, whatever she decides! And here is the transformation: less words, more photos!

You want more? Compare Before & After!

Lady Gaga
Gaga appeared on the music scene in 2008, a blonde with an avant-garde appearance, which for many could seem "too" extravagant, to put it mildly. But more recently, the singer has acquired an elegant, feminine look both on the red carpet and on stage, although from time to time she still surprises us with her goofy attitude to appearance, which we all know and love.

Chloe Kardashian
At the beginning of fame, Khloe Kardashian could be seen in ridiculous, even sleazy things (in many of her favorite bandage dresses), but since then the star has changed her style to include tight-fitting silhouettes in the style of Monica rose, which are the perfect balance of glamour, elegance and sexuality.

Victoria Beckham
In her career after Spice Girls Victoria Beckham experimented with many different looks and hairstyles — from blonde with short hair to long hair, she could be seen in the whole range of outfits. With the birth of her own fashion line, Beckham's style has become subtly elegant in a predominantly neutral color palette.

Kim Kardashian
When she was a reality show star and a Paris Hilton's friend, Kardashian's wardrobe was full of colorful bandage dresses and pointed-toe boots. Now that Kardashian is at the height of her fame, she pleases fashion critics and fans with a minimalist looks that feature a neutral color scheme, simple lines and tapered silhouettes.

Anne Hathaway
Hathaway went through all the stages of transformation of her style from a young girl, as we saw it in the "Princess Diaries" in the early 2000s to a woman who looks amazing on the red carpet.

Beyonce
We remember Beyonce in the skirts of tulle, bright dresses, spectacular or shiny, even with lack of taste. But for a long time the Queen of the stage changed her girly looks to feminine style with sexy and glamorous notes of a femme fatale.

Rihanna
Early in her musical career, Rihanna wore jeans, pajama shirts, and pink Converse sneakers. Now celebrate winning the high-style, sometimes referred to as a fashion chameleon that can bring to life a variety of images.

Blake Lively
Starting with ripped jeans and pointy patent leather shoes, lively has polished her style and looks gorgeous in both a ball gown and a pantsuit.

Nicole Richie
Even those who do not think about fashion, could not help but notice the tasteless colors that Richie chose at the dawn of her career. But the star not only brought her wardrobe into a sophisticated boho-chic style, but also created her own fashion line.

Whose transformations do you think is the most vivid?