Stolen to Wear: 5 Female Clothes that Only Men Used to Put On 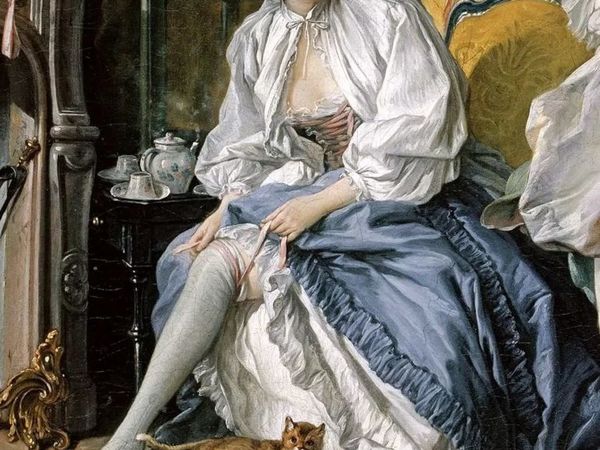 It's hard to believe, but only men could wear those tight pants before. In the 18th century, they were made of deer or elk leather. Leggings were part of male attire for riding and of course, they were called very differently. Only men were allowed to wear tight cavalry trousers. In the mid-19th century, women won this opportunity as well. So, in the 1980s, they completely got them. Now tight pants are rarely seen on men. Except for athletes and dancers.

First sundress appeared in female wardrobe in the 17th century. Since then, it has been exclusively women's clothing. It is known that a few centuries earlier this garment belonged only to men. In Persia, men wore some separa or "long male sleeveless caftans". It is known that Ivan the Terrible had them as well.

Ladies also stole heels from men. After all, before the shoes were meant only for riders. Lug sole fit conveniently into a stirrup. Women were not just supposed to wear heels, they were prohibited to wear them. Otherwise, a woman could become higher than a man, which was considered unacceptable.

Men had leather belts with buckles, while women had belts made of wool and linen. This principle existed in Ancient Russia. Belt in those days reflected strength and power of its owner. Only warriors with experience could afford belts with several plaques and silver elements. In the 18th century, belt began to turn into an accessory for decoration, smoothly moving into female wardrobe.

Until the end of the 17th century, stockings were exclusively male clothes. Riders who rode without stirrups wore them. It was believed that women did not need high and thin socks, because their outfits were very long. But in the 18th century, ladies "tasted" stockings and did not return them to men.