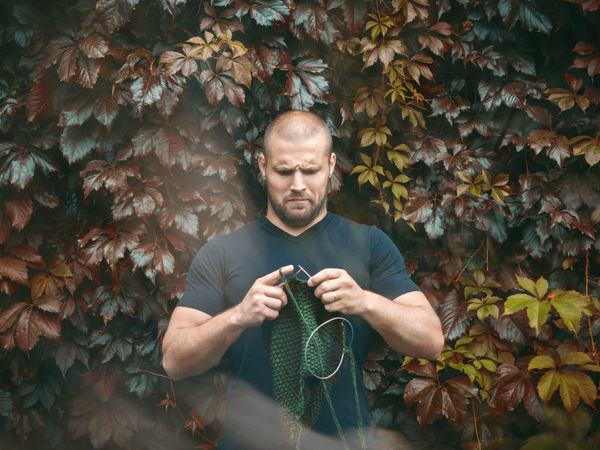 In our country, men and women are equal in their rights, but fortunately, there are a number of professions prohibited for women. These are professions that are associated with hard physical labor or harmful and dangerous conditions. For example, exclusively male occupations include lifting and moving heavy loads and underground mining. Nobody will hire women to work as smelters of metals, gas welders, machinists of bulldozers, log choppers and so on.

In addition to these professions, statistics says that there are 99 % males who work as turners, personal drivers, IT directors, chief power engineers, mechanical engineers and operators of CNC machines.

According to opinion polls, "the most male" job is traditionally considered the profession of a rescuer, a firefighter, a military person, a law enforcement officer (riot police), a trucker and a sailor.

Men's work can be attributed to the work of male chefs, while the share of male chefs in the catering sector is 82%, and ordinary chefs — 60%.

As for male teachers and educators, librarians and chemists, there are few of them. Though that wasn't always the case.

Some time ago, purely male professions were the professions of a teacher, a doctor and, it is hard to believe — knitter and crocheter.

Until the 18th century, there were knitting guilds in Europe with only male members... In the 19th century, the epidemic of knitting swept the whole world and, of course, Russia.

The whole artel of men-knitters made socks, hats, gloves, sweatshirts, stockings. In Scotland of that time appeared traditional hat — knitted beret... Men-knitters for a very long time tried not to allow women to profitable trade, women were allowed only to spin yarn for products. Thus, according to documents, Prague hosiery claimed that "even under the threat of monetary penalties will not a single woman would work in the artel"... Getting into the Guild was not an easy task even for men. To do this, the apprentice first had to learn the basics of knitting for three years. Teenage boys who wanted to become knitters became apprentices and left their families to live with knitters.

But men did not stop knitting!

When Japan signed the Treaty of Kanagawa (Japan and US Treaty of Peacy and Amity) in 1854 , Western culture came to Japan with the Americans. Not only the Japanese government, but also the army were restructured according to the Western model. The samurai believed Western culture influenced the country badly and to prove their right, they began to knit gloves and socks — the elements of their new uniform. They knitted Tabi — special Japanese socks with a compartment for each finger, they provided freedom of movement to the soldiers.

In the last century, during the first and second world wars, boys in schools knitted for soldiers. There were competitions at schools, for example, who made more noise with spokes, which, of course, boys liked very much. They knitted socks, bandages, helmet liners, and fingerless mittens.

At the same time, wounded soldiers were also taught to knit. The reasons for this were very simple: for brain training, meditative qualities and satisfaction of creating something with your own hands.

Even today men do not leave this occupation.

Every month, a group of men gather in a public place in the capital of Chile, Santiago, to enjoy their hobby - knitting.

There are many men who just love to knit, including celebrities. They talk about it calmly. American actor, screenwriter and producer David Arquette is an avid knitter. Perhaps he learned this from his grandmother and does not believe that this skill should be attributed only to women.

Russell Crowe is an Australian and American film actor and director, an Academy Award winner of 2001 — another example of knitting on the big stage. He is happy to pose with his favorite hobby.

Brandon Mably — British designer, conducting classes on knitting for men and women around the world — has noticed the boom of male interest to this occupation in recent years. "I think the stigma of knitting as a woman's craft has passed," Brandon says and calls men's knitting "new yoga", mediation that helps to fight stress in our fast-paced world.

A driver from Vitebsk Andrey Osipov pleases his friends and acquaintances with their beautiful doilies.

So, today, according to various sources, more men than ever are passionate about knitting (in the US, according to various estimates, 2 million boys and men knit). These are college students, doctors, musicians, stockbrokers, Hollywood stars, urban youth, snowboarders — all those who are engaged in this needlework and find this occupation creative, meditative, rejuvenating, as well as a way to communicate.