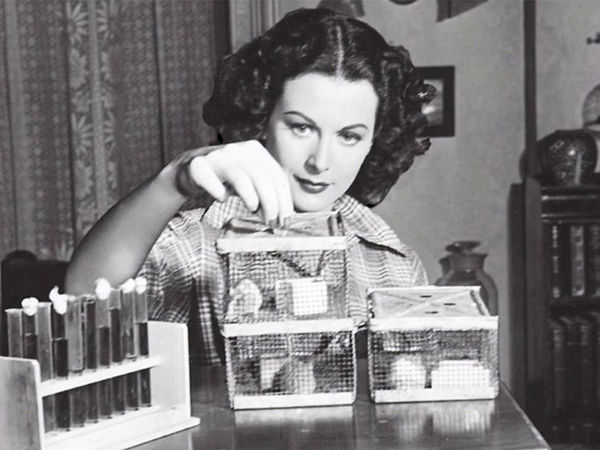 We have decided to dedicate this article to the upcoming holiday on March 8. Of course, we wish all our readers love, beauty and spring mood. You cannot do without it, but the most important for craftswomen — ideas, inspiration and ability to make the world better. Today we want to tell you about the women who could and did that!

I have always thought that the inventor of a dishwasher is worth some prize like the Nobel prize! Now I know who to thank for this useful invention. Josephine Cochrane was a socialite and a party animal. Therefore, it was not easy for the servants, and the hostess often lacked the dishes. Most would have tolerated the situation, berating the slow maids, but not Josephine. She decided to make life easier for herself and the maids.

Thus, a bizarre mechanism appeared in her house. A wheel driven by the motor spun in the copper tank. Water pressure was also used for washing. I don't really know what it looked like, but it looks like a mill wheel.

In 1886, the death of her alcoholic husband and his debts forced Cochrane to patent the device and go into business. So was organized the first factory, which mass produced dishwashers.

2. Stephanie Kwolek who protects many.

It is no secret that many useful things appeared in our world by accident. In 1965, Stephanie Kwolek worked as a chemist for DuPont Company. She tried to improve the material for tires, but something went wrong... the result was a synthetic material five times stronger than steel, which saved thousands of lives of police, rescuers and military. In general, kevlar is not used only for body armor. It is used in electronics, aviation, manufacturing of complex engineering structures such as bridges.

It is mistakenly believed that the game of Monopoly was invented by Charles Darrow. However, the person who worked out the very first version of this game was Elizabeth Maggie. The game was called "Landlord". Maggie, for her time, led an active social life and had an excellent education. She was an active follower of the economic theory of georgism. If you do not go into detail, the essence of this theory is that the Earth and its resources belong to all mankind equally, and each individual owns only the product that he/she creates on his/her own. Elizabeth's game was aimed at popularizing this theory. Maggie wanted to show negative impact of monopolization of land on industry and agriculture. "Landlord" appeared on the market in 1906, and 30 years later, using the idea of Maggie, Charles Darrow created his "Monopoly", which is now considered one of the most famous board games in the world.

4. Adeline Whitney and the first introduction to the alphabet.

Not many people know Adeline Whitney, an English writer of the 19th century. Though she is the author of more than 20 books of instruction for girls. In her work, Whitney maintained a strictly traditional view of the family and the place of women in society, but in our collection it is not because of the book. The invention of Adeline was and remains in the house of almost every person. *there must be a drum roll*. You are presented alphabetic cubes!

Today you are reading Livemaster and certainly use Wi-Fi. For me, it was a discovery that a woman had a hand in this invention, because initially this technology was used to control torpedoes. Another big revelation for me was that this woman's name is Hedy Lamarr and she was a popular Austro-American actress. In 1933, she starred in the film "Ecstasy", which at the time was a crushing blow to morality. There was a nude bathing scene in the movie. In 1937, after 4 years of not too happy marriage, the actress left for America. Being on a ship to New York, Hedy signed a contract with a Hollywood Studio. Her career went up. In 1942, together with her friend composer George Anthale, she received a patent for the so-called "Secret communication system", also known as "jumping frequencies". Limited use of this technology began only in 1962, but now it is difficult to find a place where there would be no Wi-Fi :) Neither Lamarr nor Anteil received anything for their invention, but in 1997, Hedy was officially awarded, and in 2014 she was included in the National Inventors Hall of Fame in the United States. German-speaking countries did not forget about Lamarr`s invention neither, and her birthday is there the Inventor`s Day (November 9).

The iron horse is happy because of Anne Mezhlumova`s invention.

In 1945, the Soviet Union faced the problem of shortage of high-quality motor fuel. The country needed transport, and there were people ready to solve this problem. A group of chemists from the Grozny Research Institute of the Oil Industry under the leadership of Anna Mezhlumova revolutionized the production of gasoline. For the first time, high-octane gasoline was obtained, which helped to accelerate the car and damage the engine less. In the USSR, it was known as A-76. What does the octane number influence? The higher it is, the less likely it is that the gasoline will explode and turn your car into a pile of iron.

Of course, today this brand of gasoline is no longer produced and the technology has stepped far forward, but the methods and formulas used by Anna`s group, became the basis for the production of subsequent, even cleaner and better gasoline. (AI-95, AI-98, etc.). Anna Mezhlumova herself had 24 patents for inventions.

7. Cynthia Westover and hatred of snow.

A cat will help to clean snow when there is no snow blower.

Unfortunately, I couldn't find enough information about Cynthia Westover. But it is simply necessary in this article because she was the first to make household snowblowers :) In1982, Cynthia worked as an ordinary secretary in Ontario, and there, as we know, a lot of snow can be found. Cynthia's blower, of course, was primitive and somewhat resembled a lawn mower, but unlike bulky and difficult to maintain predecessors, became the basis for many quite popular models of snow blowers.

8. Virginia Apgar is a friend of children and mothers.

When you really love what you do.

When talking about women inventors, one cannot miss the issue of giving birth to children. Apgar score is used in obstetrics to determine the state of a newborn. For the first time, in 1952, it was presented by the anesthesiologist Virginia Apgar. This simple method allows you to quickly determine whether the baby needs resuscitation or not. It is assumed that a doctor should assess the condition of a newborn by five visual parameters: skin color, heart rate, reflex excitability, muscle tone and breathing. Each parameter is evaluated with numbers from 0 to 2. In addition, Virginia suggested checking the child's performance several times. First in a minute, and then in 5 minutes after birth. In particularly difficult cases, the test is carried out 10 minutes after birth again. I also found it interesting that Dr. Apgar was able to come up with a simple scheme for remembering the names in her score. She used her own last name. 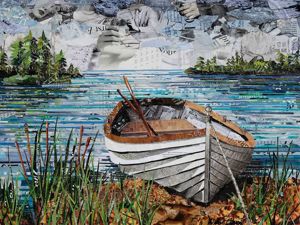 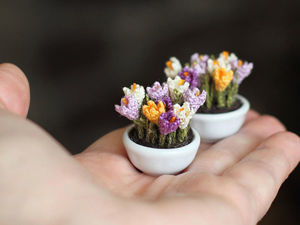 Tiny Crochet Flowers by FancyKnittles Fit on…
Alevtina Levkina
Very soon (if not already), many of us will be immersed in taking care of our garden. Although what can I say, with the arrival of spring, the desire…
👍 51 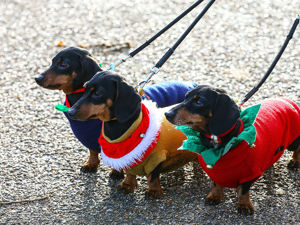 Dachshunds Invasion: Hundreds Of Dogs In Costumes…
Olga Orlova
If you still do not have a festive mood, dachshunds are in a hurry to help — in carnival costumes!
👍 28 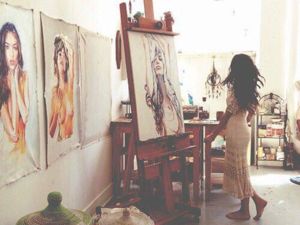 5 Signs of Happy Home: Do You Have Them?
Elena
Can you call your home happy? It turns out that psychologists conducted a large-scale study and found signs of a truly happy home.
👍 37 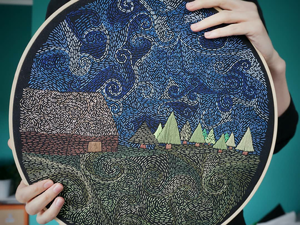 Embroidery about Darkness and Silence Reminding…
Medley Sanam
Kaja lives in Wroclaw, Poland. She began to embroider just 2 years ago, it was necessary to train the wrist, tired after working at the computer.
👍 38 1 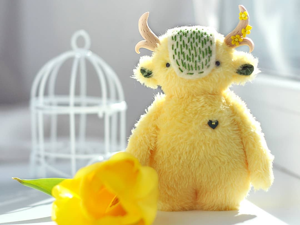 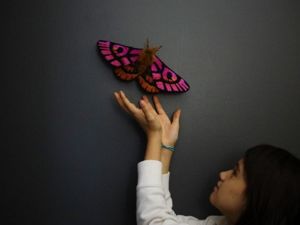 Amazing Butterflies by Okita Yumi
Epolety iz bisera ot Yany Novikovoj
I continue to introduce you to a selection of amazing insects made by human hands. Today I will show you a wonderful collection of insects by Okita Yumi.
👍 40 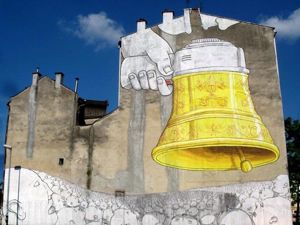 Street Universe by BLU
Bioo Art Studio
BLU is an Italian street artist who travels around the world, painting unique surreal paintings on buildings or in abandoned industrial areas.
👍 25 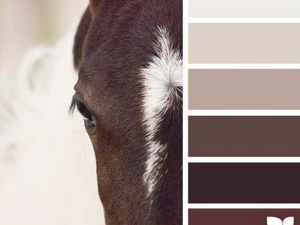 Getting Inspired by Color World of Horses. Part 14
grishinaolesya
Color combinations - many make them, post everywhere it is possible, I will never have enough of them...Horses... Stallions... Pony...
👍 45 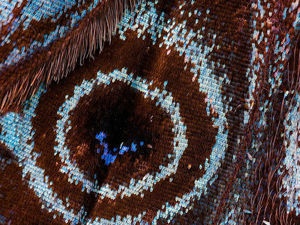 Butterflies the Way Nobody Sees Them: Incredible…
Alevtina Levkina
Butterfly wings are a symbol of fleeting, elusive beauty. Butterflies are not like other insects: an incredible variety of colors, patterns and their…
👍 24 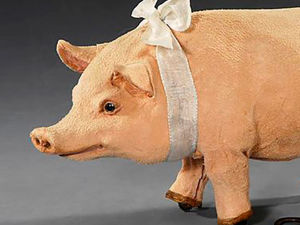 Symbol of the Year. Inspiring Collection of Toy…
Elena Karmatskaya (mybearloga)
Many people know me as a vintage collector of rocking horses, but every year, before the winter celebrations, I try to make inspirational…
👍 44 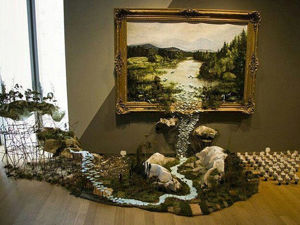 Life in 3D Space
Dizajn Fotofonov & Interera
Writing a publication for our Livemaster is always fun. You see that they are read and discussed, there is an interest.
👍 24 1 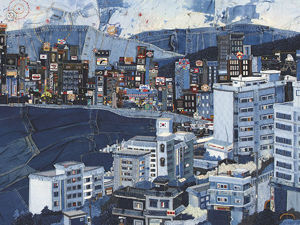 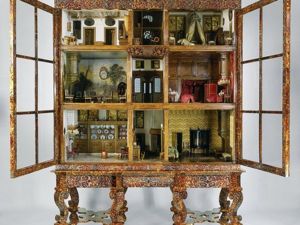 Magical Miniatures of the Famous 17th-Century…
Lavka lyubopytnyh veschits Curiosa
When I was a little girl, I collected boxes. Candy or shoes boxes and so on. They were a real celebration: I made doll's houses from all these boxes.
👍 24 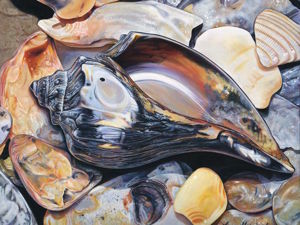 15 Best Paintings under the Version of…
Medley Sanam
Artists have an old quote, 'All work is made with the ratio of tones (values), and the award goes to colour'.
👍 25
Comments
Be the first to comment on the post!
Keywords
Categories
Ideas & Inspiration
All About Sales
Fashion, Style & Trends
Handmade as Business
Materials and tools
Working Space
History of Craft
Entertaining Stories
Interviews
Lifehacks