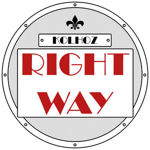 Прикольные подарки Категория
Description
Research centre of the Royal Academy of Sciences (CAS), it was found that the flagrant decline in the culture and humanistic values was due to the fact that the majority of the population drinks tea without removing the spoon from the Cup.

In this regard, 1 April 1842, the Parliament passed a social program to improve the cultural level of the population.
The program included the establishment of the Commission on culture of the Tea party (Kpcc) the main activity was to monitor and control reception of tea. The Commission was personally approved by Queen Anna Maria Zinaida III (KAMZ III). It includes the most outstanding representatives of cultural epochs that time.

In the framework of the social program scientist-alchemist Jacob Der Brightrose, member KAHN was invented a Unique Device for the Voluntary-forced Amelioration of the Population (Updd-Pont -01)

Updd-Pont -01 consists of a tea spoon soldered to the handle with an awl. The simplicity and low cost allowed to disseminate widely fad product. The device is in the number one thing was made absolutely free to every pound of tea.
With the support of a competent advertising company Updd-Pont -01 pleasure was used by the population until the fall of 1843.
But in November 1843 the representative of the Guild of Opticians (GO) have made public criticism of the device in connection with its inhumane. Penetrating pain in the eyes and raised the cultural level, but nonetheless has caused severe pain and cause a nuisance.

However, in early 1844 genius Jacob Der Brightrose issued to the public an Improved Model of the Unique Device for the Voluntary-forced Amelioration of the Population modified (Updd MIND-Pont-01M), though It differed somewhat greater complexity and the need to purchase supplies, but were allowed to raise the level of culture is absolutely painless.
Vials of painkillers for the MIND Updd-Pont-01M existed in every city pharmacy, and the low price makes them affordable even for the poorest.

Unfortunately, now, after a century and a half since those events we can not say that this social program has fully achieved its goal. Despite some clearly positive aspects, it served as a direct cause of widespread smallpox epidemic of 1870 and indirectly affect the level of Maritime and air piracy until the beginning of XX century.