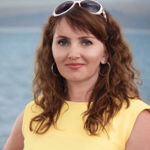 Браслет из бусин Категория
Description
The charm bracelet made of natural obsidian is assembled on an elastic base (elastic band). A very warm, soulful bracelet made of mahogany obsidian and at the same time it is a powerful amulet. The stone itself carries the energy of the three planets and fills the work with powerful protective properties from any kind of third-party negativity.
This work is best for a wrist of 16-17. cm

Size can adjust according to your measurements. Can be both male and female bracelet.

Obsidian is of volcanic nature, for which it is sometimes called volcanic glass. Stone is formed when lava poured onto the surface and cools rapidly. Its official name it received thanks to the Roman soldier by the name of Obsidia, who first brought these stones in Rome.
Since ancient times, people believed in the magical properties of obsidian, making it all sorts of amulets and ritual knives. The Sumerians it was believed that the stone contains both the energy of the three planets — Sun, Uranus and Saturn, so his influence is so powerful.
Obsidian from ancient times is recognized as a strong amulet stone — Savior. Talisman holds from negative actions. Amulet helps to see yourself, your flaws and weaknesses.

Obsidian is able to "download" information from the future and pass it to the person. No wonder the mages keep to themselves polished balls of volcanic glass. Using spheres magicians looking to the future.

The General effect of the stone – ideas. Obsidian awakens the imagination, gives clarity of thought, able to see the problem as a whole and solved as efficiently as possible. Therefore, hardened lava became the mascot businessmen, scientists and other people of intellectual labor and creative industries.
The best amulet is a mineral in the rosary. They recommend that men. Energy the stronger sex close obsidian.