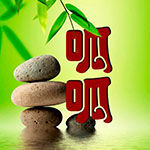 Колье Категория
Description
Asian motifs in stylish graphics. A bright, but not flashy accessory that will suit almost any color, style, occasion.

________________________________
CARP MEANS "STRENGTH" OR "DILIGENCE"
For example, you can take the hieroglyphs "excess" and "fish". They are pronounced the same - "yu", so the fish got the meaning of abundance, accompanied by great redundancy. If you dive more deeply into symbolism and consonance, then carp fish is especially loved by the Chinese. When pronouncing carp, a person says "li", the word "strength" also sounds, which gives this fish special, exceptional qualities.

As in many such cases, the carp is accompanied by a beautiful legend - "Liuyutyaolongmen". It tells how the carp, following to the spawning site, overcame the stormy waters of the Yellow River. His tenacity was so great that carp was able to jump over the fictional "Dragon Gate". Thanks to this legend, the Chinese believe that if a carp can jump over a waterfall, it will certainly turn into a dragon.

As a symbol, the carp is used as a sign of diligence (previously difficult exams, in particular, the imperial ones were called the kezei system), and overcoming life's difficulties and frontiers was called "guan".

The Chinese sincerely believe that a person overcomes many gates on his way of life. Therefore, they gave all such gates their names: The Border of the Demon of the Four Seasons, the Border of the Devil's Gate, etc.

According to the same beliefs, by the age of fifteen, every child will have passed about thirty "guans", so parents sought to protect their children in every possible way. In accordance with the origin of the danger, the parents used various amulets and ritual actions designed to save the life of their child. In this regard, a mascot appeared in the form of a carp with the inscription "Guan sha Xiao Chu" (to expel evil, according to the hieroglyphs "officials to destroy evil").
Администрация Ярмарки Мастеров не гарантирует, что представленное изделие является ювелирным или другим изделием из драгоценных металлов и/или драгоценных камней. Пожалуйста, проконсультируйтесь с продавцом
How to keep
Wear carefully, store in a straightened state.
not wet.
Clean with a dry soft material, without the use of detergents.
Доставка и оплата
Delivery on agreement
Local pickup (Petrovskoe)
free
Payment by agreement
Cash
Transfer to the seller's card
Electronic payment systems
Item categories