In stock: in stock 2 pcs 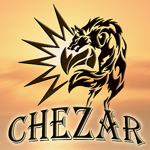 Руны Категория
Description
Runes on rough blue glass. Very nice in the hands.
Rune — originally an ancient alphabet of the peoples of Northern Europe. However, in addition to using the runes as a tool of ancient literature, runic symbols were attributed magical significance. The root of the word "Runa" ("run") has the semantics of "the secret", "secrets". After extrusion, the runic alphabet the Latin alphabet the mystical symbolism of the runes was their main function in divination, magical rituals and the creation of amulets.