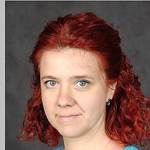 Подушки Категория
Description
Owl. For a long time, the owl has been considered a symbol of wisdom and knowledge. Owls probably belong to the most mysterious and mysterious birds. The secretive nocturnal lifestyle, the "smart" look, the silent flight, the frightening voice amazed the human imagination. Owls were revered, dedicated to gods and heroes, they became a symbol of wisdom. In many fairy tales and legends, owls act as advisers, astute birds, messengers, carriers of unusual knowledge. Slavs attribute to the word the role of the keeper of underground riches.