Book vintage: Liber Falxifer: The Book of the Reaper of the Left Side 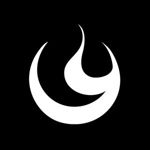 Книги винтажные Категория
Description
The book tells about the little-known Argentine cult of the God of Death (Senor la Muerte), contains numerous ritual images of the God of Death and detailed descriptions of how to create and consecrate His altar, how to make an offering, how to create amulets, how to conduct rituals aimed at killing enemies or at their own healing and enrichment.
Master of N. A.- A.218
Templum Falcis CruentisN. A - A. 218.

Throughout history, there have always been secret magical traditions, often of a darker nature, which turned in their witchcraft works to various personifications of death and shades of the dead. These traditions were often aimed at creating spiritual systems and magical methods that, with the help of the forces of death and the dead, could grant the adept power and hidden knowledge that would normally be out of reach. Very often, these cults turned to the forbidden rites of necromancy, black magic and the "left path".

There are various forms of the death cult all over the world. These and related traditions are the strongest and most widespread in Central America, South America and the Caribbean, but there are also several hidden lines of the death cult that can be found in some esoteric traditions, both in the Middle East and Europe.
Examples of various manifestations that could be associated with these cults include the veneration of Santisima Muerte from Mexico, the cult of Exu Rei Omulu and Lorde da Morte in Brazil, the Dominican cult of Baron del Cementerio, the Haitian cult of Guede and Barons, and the Argentine cult of Senor la Muerte.

As a tradition that ritually cultivates the essence of the God of Death through the form of the "Grim Reaper", the Argentine branch of the cult Senor la Muerte (God/The Lord of Death) has many interesting similarities with the Brazilian cult Exu (ie. Quimbanda), also having strong magical sides, which we will touch on in the pages of this grimoire, but the cult of Senor la Muerte
(often called San la Muerte, or SLM) in the form that we will consider, also has deep secret connections with Caballistic demonology and intersects with many other forms of traditional witchcraft (both European and Latin American) and darker streams of gnosticism.
Доставка и оплата
Delivery on agreement
Postal Services (Russia)
$5.71
Условия и сроки доставки можно узнать у продавца до совершения покупки
Postal service worldwide delivery
$34.28
Условия и сроки доставки можно узнать у продавца до совершения покупки
Payment by agreement
Cash
Transfer to the seller's card
Electronic payment systems
Money transfer system
Item categories