The opening of the life roads - Galdrastafir 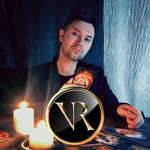 Gladly present the new Galdrastafir for cleansing vital roads/paths from confounding factors and destructive aspects. By "life paths" we mean a complex of factors, such as: the mutual influence of the surrounding energy, the impact of the energy of people we meet, surprises and miracles of fate.
The symbolism and graphic cipher of the Artifact is a network-a system that captures the components of the destructive energy of different structures, and then processes and eliminates the negative from your life and from your environment.

Remember: You acquire the Artifact of purification and strengthening of life paths and deeds, along with special techniques for working with it (formula techniques).
This offer includes ritual work in the making and consecration of the Talisman, as well as for you: for purification and attunement of energy before and after receiving the Artifact.

The magic of the Galdrastafirs is one of the most ancient magical traditions, dating back to the history of the scandinavian peoples and the ancient pagan iceland. like many european cultures, norse mythology and mysticism have been strongly influenced by christian teachings, along with the influence of classical european magical traditions and astrology.
At the same time, the base based on mythology and religion, as well as the energy core of the magical system remained intact and correctly using the knowledge of pagan European practitioners, Galdrastafirs magic became one of the most powerful and studied areas in modern magical practice.
Galdrastafirs used as runic ligaments, composed using runes and symbols of the influence of folklore and religion, and encrypted connections and symbols that give this type of talismans aesthetically unique appearance, representing a clear "keys" to the energy of the one on whom they should be influenced.

Application:
1) Periodically meditate on the image of the Talisman.
2) You will be given special formula techniques for working with the Talisman.
3) Keep the Talisman in a frame in a clean, secluded place.
___
* Every Viam Rectam Artifact is a work of esoteric handmade art, made individually for each customer.
* Every Viam Rectam Talisman can be used by people of any religion.
___
- The Talisman is a runic Geldeston Galdrastafir Galdralag.
- When using and storing the Talisman, you must follow certain rules.
How to keep
1) it is Required to observe the standards of cleanliness and accuracy in the storage and use of the Artifact.
2) the Talisman should not be brought into the restrooms, it should not touch the hand of a stranger.
3) observance of the sacrament is Required. Success loves silence.
Доставка и оплата
Delivery on agreement
Postal Services (Russia)
free
Условия и сроки доставки можно узнать у продавца до совершения покупки
Postal service worldwide delivery
free
Условия и сроки доставки можно узнать у продавца до совершения покупки
Payment by agreement
Cash
Transfer to the seller's card
Visa
Electronic payment systems
PayPal, WebMoney
Money transfer system
Western Union
Return and exchange terms
1. Rules for the use of artifacts:
1.1. Each artifact in the Viam Rectam store is a hand-written work of esoteric art.
1.2. Each Artifact is made individually for each Customer.
1.3. The description of the properties of each Artifact must be studied in detail by the Customer. The Customer can discuss the additional information with the Master-manufacturer in a personal dialogue.
2. Rules for payment of donations:
2.1. The donation is paid only by bank transfer.
2.2. Production of artifacts is carried out only after the transfer of the full amount of the donation. (see item 3.3.)
2.3. The amount of the donation for the Artifact is final - the cost of delivery is included in the cost of the Artifact. The commission for money transfer is not included in the cost of the artifact, and is paid separately, with a money transfer.
2.4. The customer is given the opportunity to choose a convenient method of paying donations.
2.5. Ways of paying donations: to bank card number, Yandex.Money account, PayPal account, Western Union money transfer system, money transfer system.
2.6. The Customer undertakes to notify, with the provision of the requisites of the transfer, the Master Maker of the payment of the donation. (see item 3.3.)
3. Rules for delivery of artifacts:
3.1. Delivery is carried out in any regions of the Russian Federation: the Russian Post or the delivery service of the SDEC.
3.2. If the Customer is located in the cities of Tula, Moscow, Kazan, the Customer has the opportunity to meet personally with the Master-manufacturer. The artifact will be handed over to the Customer personally. Discuss the possibility of transferring the Artifact at a meeting, the Customer can in a personal dialogue with the Master-manufacturer.
3.3. After submitting the requisites of the donation, the Artifact goes into production to the Master Manufacturer and, within a period of 3 days to 2 weeks, is manufactured, and then sent to the address provided by the Customer. The customer is provided with the requisites of the postal item.
3.4. The amount of the donation for the Artifact is final.
Sincerely, the administration of the Order of Viam Rectam.
Item categories