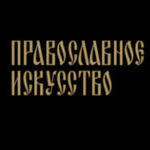 Картины Категория
Description
"Horsewoman" is a painting by the Russian artist Karl Bryullov (1799—1852), painted in 1832. It is kept in the State Tretyakov Gallery in Moscow.

The painting was painted in Milan by order of Countess Julia Samoilova. In the same year, 1832, the canvas was exhibited at the Brera Academy of Fine Arts in Milan, where it was highly appreciated by viewers and critics. In their reviews, the Italians compared Bryullov with Peter Paul Rubens and Antonis van Dyck and wrote that they had not yet seen "an equestrian portrait conceived and executed with such art"..
According to art critic Magdalena Rakova, "The Horsewoman" is "a typical example of a portrait-painting" in which everything is "conceived as the apotheosis of beauty and cheerful youth, as the apotheosis of the serenity of the feeling of life," and all this is contained in two actors - a young rider and a little girl.

Картины Категория
Related searches
woodcarving canvas masterpiece rider picture for an interior bas panels picture to order a painting gift picture of a tree carved picture a rare gift a rare thing the bas-relief on the wall reproductions of paintings the painting the bas-relief panels a masterpiece
Powered by Yandex.Translate
Order