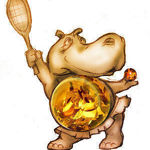 Брелок Категория
Description
Keyring Fang of the Beast. Spectacular stylization of the oldest male amulet .The fang of the animal is a symbol of perseverance and invincibility in the fight, purposeful career advancement. The images of the Lion, Tiger, Wolf, Bear symbolize the uncompromising will to freedom and independence. A keychain, as a stylish decoration, will be useful for those who in life strongly need a developed intuition, the ability to survive in any difficult situation. The tiger's fang talisman keychain will help you get rid of fear,the lion's fang will give you concentration,the wolf's fang will give you the ability to quickly solve problems and achieve goals, no matter what it costs. The bear's fang can be used as a serious symbol of protecting the family and Home from evil forces. The fang of the Beast, as a protector amulet, accompanied the Slavs from birth, when mothers hung a fang on the cradle, so that it would protect the child from bad influences and evil eyes. And helped to become a courageous warrior and a successful breadwinner. The fang of the Beast keychain is made of cast brass, an alloy of copper and zinc, which in the old days was called samovar gold, for its decorative similarity to the precious metal. Brass after fresh polishing is indistinguishable from gold. Keyring-fang in the care does not require any grinding or polishing. Here, the original, golden color of brass is reliably protected from tarnishing by an oxide film-a patina and a layer of acrylic varnish. This permanently fixes and guarantees the color stability of jewelry made of patinated brass. A symbolic talisman with decorative inserts will favorably transform your image with a restrained sheen of antique gold and reflections of amber.Rest assured, these days the beast fang keychain is an absolute must-have and a great gift.
How to keep
In case of contamination, wash with detergent in warm running water.
Доставка и оплата
Delivery on agreement
Local pickup (Kaliningrad)
free
Postal Services (Russia)
$4.33
Условия и сроки доставки можно узнать у продавца до совершения покупки
Postal Services (European Union)
$5.77
Postal service worldwide delivery
$5.77
Условия и сроки доставки можно узнать у продавца до совершения покупки
Free shipping
При покупке на сумму от $72.11
Payment by agreement
Cash
Bank transfer
Transfer to the seller's card
Electronic payment systems
Money transfer system
Mobile phone top up
Item categories

Брелок Категория
Related searches
men's gift male enhancement key chain the claw of a bear keychain on the bag key chain for cars the wolf's claw men's accessory lynx claw talons of the eagle keychain on the car keychain wolf muzzle bone of a the keychain is a symbol of co wolf's claw lion's claw tiger's claw gift amulet to a man gift talisman to a man
Powered by Yandex.Translate