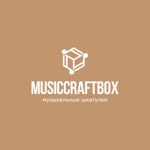 "Elven song" is a futuristic manga written by Lynn Okamoto. The plot of the manga tells about a race of mutants-diclonius, who have psychokinetic abilities. The name is a reference to the German song Elfenlied by the German poet Eduard Merike. The manga was started in 2002 and completed in 2005. It was originally published in Young Jump magazine, and later appeared in 12 volumes published by Shueisha. The work touches on themes of social exclusion, identity, prejudice, revenge, violence, jealousy, remorse, and the meaning of human life.

An anime series was made based on the manga. In Japan, it was first broadcast in 2004 on AT-X and re-broadcast the following year. The series consists of 13 episodes and one special, which takes place approximately between the 10th and 11th episodes of the anime series, so it is called the 10,5 ("tenth and a half") series. This special release, unlike the series and manga, does not contain scenes of pronounced cruelty, in addition, it is made in a simpler graphic manner.