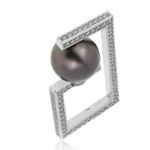 The price for one thing55 rubles.

The history of the use of the grenade has several millennia. The first who began to create jewelry on its basis were the ancient Romans, Scythians, Persians and Greeks. For such a long history, the stone changed a lot of names: people of Ancient Greece called him "anthrax", the literal translation is meant "ember", the Romans gave it the name "carbuncle", and for the Russians it was "genisoy", "mealybugs" or "beceem».
In 1270 the alchemist albert Magnus gave him the universal title "pomegranate». Translated from the Latin name of the stone means " like grains». Jewelers of Europe began to use it only in the XVII century. And from 1803 to grenades began to refer not individual stones but a whole group.
Garnet-stone, jewelry of which has always been very popular. In the middle ages, beads, earrings or pendant of this mineral must have been in the box of any woman of the nobility.
How to keep
To prevent grenades from possible damage or change the color, they should not experience extreme temperature changes. You should also be careful with direct sunlight, under which the stone may fade.
The stone is dense and too much trouble to the owner or the owner does not deliver. You just need to Polish jewelry, removing from their surface plaque and dirt. To carry out the polishing by using suede or cloth, garnet just rubbed to a Shine, removing with a cloth contamination.
And also for cleaning you can use a paste or even give jewelry jeweler. It will clean the product and will not cause any harm to the jewelry.
What can not be used for cleaning:
- soda and salt;
- reagents;
- acid.
Доставка и оплата
Delivery on agreement
Local pickup (Moscow)
free
Postal Services (Russia)
$4.26
Условия и сроки доставки можно узнать у продавца до совершения покупки
Postal service worldwide delivery
$11.37
Условия и сроки доставки можно узнать у продавца до совершения покупки
Payment by agreement
Cash
Transfer to the seller's card
Electronic payment systems
Item categories