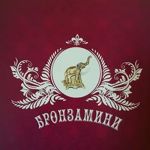 Статуэтки Категория
Description
Felix Edmundovich Dzerzhinsky — Russian revolutionary of Polish origin, Soviet politician, head of a number of drug addicts, founder and head of the Cheka. He was an outstanding personality who went down in Soviet history as an outstanding statesman and politician who fought for the liberation of the working people.
Dzerzhinsky Felix Edmundovich was born on September 11, 1877 in the family estate of Dzerzhinsky, located in the Vilna province (now Minsk region of Belarus). His parents were educated and intelligent people – his father, a Polish nobleman-nobleman, worked as a high school teacher and court counselor, and his mother was a Professor's daughter.
In December 1917, the Council of people's Commissars of the RSFSR decided to create an all-Russian extraordinary Commission to combat the counter-revolution. The Cheka became the body of the "dictatorship of the proletariat", which fought against the opponents of the new government. The organization consisted of only 23 "chekist" led by Felix Dzerzhinsky, who defended the new power of workers and peasants from the actions of counter-revolutionaries.
The name of Felix Dzerzhinsky is immortalized in many cities and villages throughout the post-Soviet space. His name is almost 1,5 thousand streets, squares and alleys of Russia.
The bust of Dzerzhinsky, made of bronze, made by art casting technology, carefully processed by the master by hand, will be a great gift to all those who are not indifferent to the personality of this extraordinary man!

Amazing Souvenirs and gifts of bronze from the best masters of this pearl of the North Caucasus, the city of Kislovodsk. Miniatures, products with natural stones, busts, elite office accessories and many other things are waiting for You on the page of our store. Made with the smallest attention to detail, our products will give unforgettable emotions to You and Your loved ones! Made by technology "Art casting", carefully perfected by the master by hand, our gifts will delight you for many years and decades!
When you purchase several items of goods, the order is sent in one parcel and the cost of delivery is reduced.Advantageously!
Better gifts for better people!