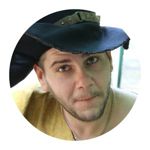 Подставка для благовоний Категория
Description
In stock: 1
Size: 30 by 5 by 6 cm
There is a compartment for storing incense-opens from the end.
inside there is a place to install ordinary sticks and a place for cone incense.
-------------------------------------------------------------------------
Since ancient times, the burning of gum and other odorous resins, wood, dried plants or fruits has been the most universal sign of worship for all religious rites. Spiritual literature and iconography suggest that incense was originally used to muffle the smell of sacrificial offerings and funeral pyres, but later it was burned independently as a purely symbolic offering.

Frankincense and myrrh — two gifts of the Magi to the newborn Christ, were a very valuable commodity throughout the ancient near East.

In the Egyptian and Persian civilizations, in the Sumero-Semitic world, and later in Greece and Rome, these and other types of incense were burned in daily services.

In the far East, India, China, and Japan, Basil and sandalwood were widely used ("Chinese sticks" is a vulgar English term for sandalwood sticks, "joss" is probably an incorrect Portuguese "deus" — " God»).

In Central America, incense, often gum, was also a symbol of fertility and was thought to cause rain by Association between smoke and clouds.

The old Testament is full of references to the" salvation " of odorous trees, pleasing to God.

The Christian Church, at first wary of the Association between incense and the worship of pagan gods and state funerals of emperors, soon began to use it too, which became a common Church tradition of incense Smoking.

The most recent popularity of incense in the West is due to Buddhist traditions of its use as an aid to meditation.

Fragrance, like color and light, is nothing but a vibration that evokes in every person a reaction of sympathy or antipathy. It has a calming or stimulating effect on the body, causes irritation or, conversely, a feeling of contentment and euphoria. Some scents evaporate from the surface of the skin of some women and sharpen, combining with the natural aroma of others, obeying the laws of affinity like with like.