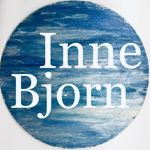 Laguz the Keeper of the secrets of the "collective unconscious" and also "universal", the original, pre-human knowledge. Esoteric rune Laguz is associated with psychic abilities, dreams, meditation, a state of altered consciousness, intuition. It is considered to be the "rune of psychologists" developing the ability to get rid of complexes and fears, stabilizing mental or emotional adverse situation — that is, to return lost mental balance.

Amulet Laguz very effective for discovering or disclosing what was hidden, and this concerns both secret knowledge and treasure, or those things that were once hidden, but the location of the cache was for some reason forgotten. On the other hand, the rune Laguz and spells based on it contribute to the marriage, establish new friendships and repairing old, the termination of quarrels and strife. Because sorcery and magic was associated with women, Laguz is considered to be extremely favourable for women rune.

Amulet (talisman) made in the form of pendant. The reverse side shows the rune and its name (sound), which is many times increases the effect of the amulet.

Stylish, modern, beautiful amulet. Suitable for men and women goes well with any style of clothing.

What's in the kit:
- silver pendant Laguz
- Gift box
- the description of the amulet