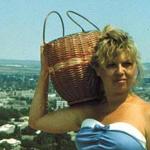 Description
My shop has a new necklace with an unusual use of cabochons in the form of suspensions.

These pendants are very impressive looking, because the stones-cabochons of unusual beauty.

In this necklace - stone eudialyte.
Will tell you more about him.

Fame eudialyte received at the end of the XVII century, when it was called "garnet red foliose".

The name "Sami blood" came from an ancient legend. According to legend, when Sami land was attacked by the Swedes, the warriors of the tribe in a fierce battle repelled the attack of the enemy. But many of them were killed during the battle, and it is in those places where blood was shed Sami brave warriors, there were gems.

The largest deposits of eudialyte, are located in Russia, in the Murmansk region. It Khibiny and Lovozerskie field.

Eudialyte is used in the creation of jewelry, but pretty limited. The fact is that this mineral is very rarely found in the form of crystals, and their size is not always sufficient for making jewelry.

This stone reveals the ability of clairaudience, facilitates psychic perception. Some researchers believe this is not accidental phenomenon, because the largest Deposit of gem is on the Kola Peninsula, which is a nutrient area that has positive energy.

Now You know what an unusual rare large eudialyte adorns this necklace.

And in combination with rubies, wine agate and black onyx - this ornament looks just great.

Click on the picture. There is an increase in detail in detail.