Our lady of Kazan 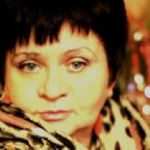 Иконы Категория
Description
Icon of the Kazan mother of God in a frame under glass.The Kazan icon is an unshakable reminder of the mercy of the virgin to the Russian land, of her intercession for our country in the hardest years for Russia.

In 1552, the day after the capture of Kazan by the army of Tsar John Vasilyevich, the monarch's order laid down the Cathedral in the name of the Annunciation of the blessed virgin Mary, and a year later established the Kazan diocese and sent the first Kazan Bishop, St. Gury. But after a quarter of a century, in 1579, a terrible fire devastated half of the Kazan Kremlin with the adjoining part of the city. And Mohammedans are talking like it's a Russian God unmerciful to people and fire, showed His anger on them. " The faith of Christ, — the chronicler noticed, — became a parable and desecration». It was then that the Lord showed His mercy. Nine-year-old girl, Sagittarius daughter Matrena, appeared in a dream the virgin and ordered to look at the ashes of the burned house His icon. The girl did not believe for a long time, but on July 8 (in the old style), tired of fruitless walks on the city authorities, Matryona's mother herself took the intercession and found an icon wrapped in a dilapidated sleeve of men's clothing made of cherry cloth on the indicated by the Queen of Heaven. The face of the blessed was bright and clear, as if the icon was just written.

Иконы Категория
Related searches
pale pink icon handmade the icon as a gift icon beads the icon of the mother of god
Powered by Yandex.Translate