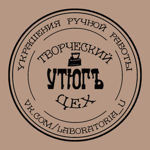 Комплекты украшений Категория
Description
Titanium earrings and a ring with hydrangea on a blue background. Earrings of surgical steel.

About this flower is an incredibly beautiful story, which I would like to introduce You to.
According to Japanese legend, hydrangea is a gift, a gift for loyalty and love.
Once in the garden, a brave warrior who knows combat, victory and glory met a beautiful girl and immediately fell in love with her. But the girl disappeared as suddenly as they appeared. The next day the guy once again came to the garden, located near the temple, hoping to meet a beautiful stranger and waited for her! She appeared again suddenly, but this time disappeared, and spoke with a warrior. They met and fell in love with each other, and the warrior couldn't conceive of life without his beloved. Every time she said goodbye to him, not leaving the garden, and disappeared as soon as the sun began to droop.
Intense guy, did not know how to play and they are used to achieve the goals wanted in whatever was to marry the girl, but decided to find out her secret. Saying goodbye and pretending that he was leaving, he hid in the thick bushes and began to observe. He noticed how the girl went in the direction of the temple, and dashed her. When the beloved has already violated the threshold, the warrior caught up with her and grabbed her arm. In this moment the last ray of sun disappeared over the horizon, along with it vanished into thin air and a girl, mere picture on the wall. Finally, her lips said," Farewell, beloved, we won't meet again! In memory of him and our love I'll leave you a flower.". Heartbroken, the warrior left the temple and saw that the empty green lawn bloomed gorgeous shrub with pale pink flowers, resembling the skin of his beloved. It was a hydrangea.

Happy to answer any questions You may have. Subscribe to the news of our store, so as not to miss the appearance of new products!
How to keep
To be stored so that the product was not scratched on other jewellery, away from direct sunlight. not to hit.
Доставка и оплата
Delivery on agreement
Local pickup (Samara)
free
St. M. Moscow, the district of Samara square. The contractual time convenient to both parties.
Postal Services (Russia)
$3.86
Sending by Mail Russia 1 class. The cost of shipment varies, depending on its weight. On average 250 - 300 p. After sending, You will be sent a tracking number to track. Maybe insurance (+ 4% of the cost of insurance), to guarantee the return value of the parcel when it is lost.
Postal service worldwide delivery
$6.43
Details can be found from the master.
Free shipping
При покупке на сумму от $51.40
Payment by agreement
Cash
In a personal meeting.
Transfer to the seller's card
The Card Of Sberbank.
Electronic payment systems
Учитывайте прибавку процентов к сумме за перевод.
Money transfer system
Inquire about the payment in this way from the master.
Return and exchange terms
Work refundable and not be exchanged.

If You have any questions with regards to the product or You are in doubt before buying, please contact me in message and I will give you the information.
Item categories