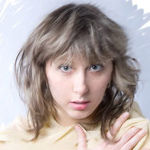 Браслет из бусин Категория
Description
A special bracelet is a talisman, made up of gossip from big beads tiger and bovine eye.
Bull's-eye – stone for active people, he does not tolerate idleness and boredom, boredom and depression. That is why wearing bulls eyes constantly is not recommended, otherwise the owner of this vibrant mineral will lose the ability to relax and unwind after a tense and hard work. But for those who prefer an active lifestyle can not tolerate to spend his time in lying on the sofa, bullseye will not only help to accomplish any job quickly, efficiently and successfully, but also to gain the respect of colleagues.
Strength and bravery will bring bullseye's insecure, uptight people. They are under its influence will gain confidence in their knowledge and professional skills and will surely become successful in your profession.

The magical properties of this stone with a powerful energy has long been known, and was widely used by magicians for making powerful talismans and amulets against evil spirits, dark forces and black magicians. Also it was made powerful talismans for soldiers, believing that the magic of solar power this stone can protect its owner from injuries and death.

Strong magical properties attributed to the stone tiger in our days. So, it is considered that this natural stone is able to help his master in important endeavors, giving him strength and confidence, and to protect from dangers and reckless action, giving it a good sense and prudence.

It is considered, what exactly tiger's eye is able to heal people from the pangs of jealousy.
According to people who believe in the magical power of stones, tiger's eye can: