Lion concrete bas-relief No. №4 on the cartouche, decor, facade 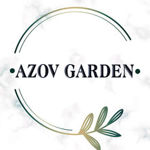 Фигуры садовые Категория
Description
In modern construction is often used bas-reliefs of animals, not paying attention to their symbolism, and based on the principle of "like it or not". However, there is an animal that all induce a similar feeling - it's a lion. Images of lions at all times the most frequent in the bas-reliefs of animals. This beast is present on a large number of heraldic symbols, emblems. Lion head used for decorating facades, since the ancient times. The bas-relief of a lion on the houses usually symbolized power, strength, severity. The bas-reliefs of a lion was used for decoration of fountains, drinking fountains, fences and railings. Created these images of wood, stone, plaster, iron and steel. The bas-reliefs with the lion on the facades of houses in the most different times have supported in the eyes of the people status and social position of the owners, or demonstrated the significance and importance of institutions. The same meaning and symbolism of the bas-relief of a lion and is now once again in Vogue classic motifs.
How to keep
indicated in the blog
Доставка и оплата
Delivery on agreement
Local pickup (Azov)
free
Postal Services (Russia)
$11.54
Условия и сроки доставки можно узнать у продавца до совершения покупки
Postal service worldwide delivery
$14.42
Условия и сроки доставки можно узнать у продавца до совершения покупки
Payment by agreement
Cash
Bank transfer
Postal transfer
Transfer to the seller's card
Money transfer system
Mobile phone top up
Cash on delivery
Item categories