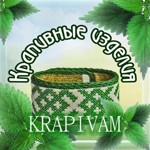 Народные украшения Категория
Description
A twisted belt from the fibers of nettle. The fibers were processed manually, without the use of fixtures. The yarn was spun on the spindle, the old fashioned way.
The ends of the belt, if desired, can decorate with tassels.
The length of the belt can make any: if worn under clothing that Dina zone may be equal to the circumference of the waist ties 15smna.

The belt tied over the top of the dress (length from 1.5 m to 3.5 m) (shirts, dresses) or can be used as a Vest. Vest worn on bare skin, and never displayed.

According to popular belief, using the belt as a magic circle, you can protect yourself from evil forces.
The circle, as vividly embodied in the zone of cultures all over the world was considered the ideal form, inaccessible to evil spirits. According to the folklore of different countries in the zone as in any circle, was the power that stands against evil spirits and disease .
Belt were used for the plots on the preservation of health. Using a belt has sought to expel the disease.
In the Slavic tradition, the belt is the lifeblood of. It has a healing and fertilizing properties.

In the folk traditions of different countries through a belt established the border between his and others ' and symbolically attracted to good home.
The idea of the belt as the source of power is embodied in the popular expression "to outdo," that is, to conquer.
Vest – baptismal belt, worn on a naked body.
In nettle zone there is double the power from form and content, as the nettle is of itself a talisman.
How to keep
It is desirable to wash baby soap manually
Доставка и оплата
Delivery on agreement
Postal Services (Russia)
$6.33
Условия и сроки доставки можно узнать у продавца до совершения покупки
Postal service worldwide delivery
$43.40
Условия и сроки доставки можно узнать у продавца до совершения покупки
Payment by agreement
Cash
Transfer to the seller's card
Return and exchange terms
Every customer has the right to return the goods within 7 days, in accordance with the Rules of sale of goods remotely (Resolution of the Russian Government of , N 612).
Repayment: You send a product that you did not come by post to our address after receiving your parcel, we will list you the money that you paid for the goods.
Shipment of goods (refund) thus passes by the Buyer (claim 21).
Item categories